Kamila is a Canadian singer and composer who is accomplished in a variety of styles and repertoire. She has been performing her music throughout the Americas, Asia, and France.  She is also known for her work as a solo harpist, her many performances on theremin, and her skills backing up other performers on flute, guitar and keyboard.

In the late 1990’s, with funding from the Canada Council for the Arts, she recorded 2 full-length albums of original music with her sister, Sahara Jane (www.sarakamila.com) and toured extensively throughout North America.  In the early 2000’s she studied Brazilian Jazz and Latin music and in 2005 moved to Brazil to perform and further her studies.   Kamila was featured in “Virtuoso” a documentary on the theremin by Terry Stone in 2006.

In July 2007 Kamila moved to Beijing where she became the lead singer for the Samba band “Sambasia” and quickly got involved in the local Jazz scene.  Kamila created a bossa nova band (“Girassol”) and a jazz band (“Lullaby Fire”) with whom she regularly performed in venues throughout Beijing, including The Lan Club,  Suzie Wong’s,  Star Live, Mao Live, OT Lounge, The Worker’s Stadium (with Sambasia and Cui Jian) and many music festivals and venues across China.

In 2012 Kamila was composer in residence for Syzygy, an international circus troupe in Toulouse France for two months.  as well, she was performing across Goa India and Southern France with Sahara Jane and Rio Samaya band.  Kamila is currently putting the final touches on her latest album     “Paint the Moon” which is a combination of original and Brazilian music planned to be released in September 2012.  The album ranges from jazz, to bossa nova, to Brazilian Funk, to Fusion folk music,  and is backed up by some of Beijing’s top jazz players. The album has a fluidity and elegance despite the ranging styles.

Kamila’s latest project is a group called ASHK, a world music group with her two sisters Ariana and Sahara Nasr and Ken Shorley. ASHK performs music in twelve different languages and uses a variety of instruments from around the world.  Their show is a combination of original material and various world music which they have arranged in 3 and 4 part harmony.    Their first album is a live album performed at the Music Room in Halifax in 2017 to be released in March 2018. 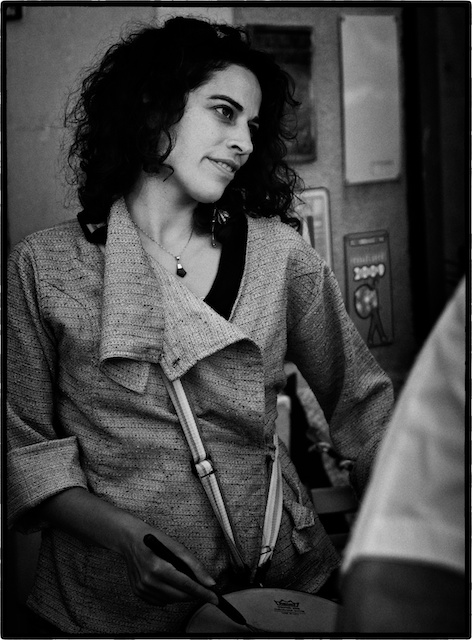